Life is a Gift 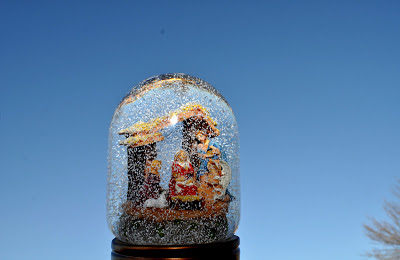 Life is a gift to be used every day,
Not to be smothered and hidden away;
It isn't a thing to be stored in the chest

Where you gather your keepsakes and treasure your best;
It isn't a joy to be sipped now and then
And promptly put back in a dark place again.

Wear it and use it as much as you may;
Don't keep it in niches and corners and grooves,
You'll find that in service its beauty improves.

Edgar Albert Guest
Posted by you are what you read at 7:48 AM No comments:

Labels: Life is a Gift

Undoubtedly, America's favorite tradition is the giving of gifts at Christmas time. Inspiration for this tradition comes from the celebration of the Epiphany, when the Three Magi appeared before Mary and Joseph bearing gifts for the infant Jesus.

In the 4th Century, Saint Nicholas, bishop of Myra on the southern coast of present day Turkey, became famous for his generous gifts to the poor, including his presents of dowries to the three daughters of a pious but poor Christian. Today this spirit of gift giving is embodied in the person of Santa Claus, a jolly figure who is often dressed in a red suit and cap lined with fur. Santa lives at the North Pole and year-long with the help of his elves makes toys for good boys and girls. Then, each Christmas Eve he travels across the globe in a sleigh driven by eight reindeer. Santa lands on the roof of each house, slides down the chimney, and leaves gifts. Before parting, he enjoys a cookie and a cup of warm milk and utters a merry, "Ho, ho, ho." 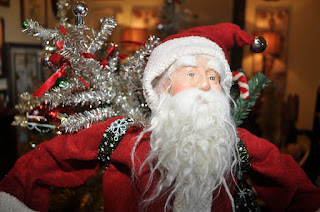 This beloved figure has been adopted by many cultures, each of which has its own unique customs and traditions. In Scandinavia, Kris Kringle appears in white and the celebration with food and gifts begins on Christmas Eve. In the 1800's, German immigrants to the US from the Palatinate Region brought with them the character of Belsnickle, a sterner version of Santa, who scared children with threats of whippings but always came through with a gift. In the Black Forest of southern Germany, Santa is often depicted as a rustic figure carved from the pine trees of the region. And, it was in Bavaria that the Christmas tree was born. 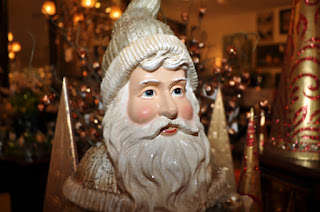 In England, Santa Claus is usually shown in a long green coat lined with white fur. A Christmas Story, is Charles Dickens' memorable holiday tale of a rich but unhappy man and a poor but happy family. Christmas, Dickens wrote, is a time for family and friends to share laughter and good humor. We should remember that giving is better than giving, and that we are blessed for that which we have.

And in the spirit of Christmas, let us all keep in our hearts the words of Ebeneezer Scrooge, who learned the true meaning of Christmas.

“I will honour Christmas in my heart, and try to keep it all the year. I will live in the Past, the Present, and the Future. The Spirits of all Three shall strive within me. I will not shut out the lessons that they teach!” 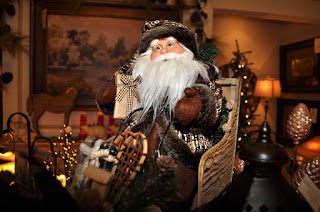