Never leave your hat on the bed

There is an old superstition that goes - it is bad luck to leave your hat on the bed.

When and where this superstition came from is lost. A good guess is that some unfortunate bloke went to work and left his hat on the bed. The rain gave him a cold and he died in bed.
The hat business has been in decline for years, unless one includes the ubiquitous baseball cap.
The decline in the Fedora, the Panama, and the Stetson have many causes. Instead of walking to work or taking the trolley, we ride in an air conditioned or heated car. The fury of Mother Nature has been, for the moment, tamed - until Mother Nature realizes mankind is messing around with climate change and She pours down her revenge.

That is something for politicians to think about.

John F. Kennedy triggered a disastrous decline in the sales of men's hats by leaving home without his hat and appearing hat-less at his inauguration. William Henry Harrison was hat-less, coat-less, and glove-less and only 31 days after assuming office, the ninth president of the United States, died in bed of pneumonia.

There is an equally plausible explanation for the bad luck no hat superstition. A magician got up one morning and his wife laid out on the bed his tuxedo and top hat while he shaved and showered. When he dressed, he donned the tux and bow tie, put on the white gloves, but left without the hat - and the rabbit.

Bartholomew had a magical hat, in fact he had 500 hats, each one prettier than the last.


Will Rogers had a lucky hat. And along with a lariat and a few jokes he parlayed into a full time gig. He didn't joke about the hat, but he liked to say, "Everything is funny, as long as it's happening to somebody else,"and by everybody else, he meant politicians.


For good luck, rodeo cowboys are told they should not place a hat on a bed, eat peanuts, wear yellow, or quit roping practice on a miss. It's an odd combination, but one goes with what works. Besides, out on the range, if a cowboy tosses his hat on his bed roll, he is likely to lie down on it in the dark and flatten it like a cow-patty.

That is bad luck!
Posted by you are what you read at 8:12 AM No comments:

Labels: never leave your hat on the bed, Superstition

Far away in the sunshine


Far away there in the sunshine are my highest aspirations. I may not reach them, but I can look up and see their beauty, believe in them, and try to follow where they lead. LMA


Louisa May Alcott from Elbert Hubbard's Scrap Book: Containing the Inspired and Inspiring Selections, Gathered During a Lifetime of Discriminating Reading for His Own Use, page 62.

Elbert Hubbard was, like most of us, a gatherer. He gathered up the spoken thoughts and wisdom of other men and women and this quest lead him far and wide. It was the quest he enjoyed. It is the thoughts and sayings we remember.
Posted by you are what you read at 2:14 PM No comments:

Labels: Elbert Hubbard, Far away there in the sunshine, Louisa May Alcott

Thoughts on a thorn over a cup of coffee

Are you an optimist or pessimist?

A cup of coffee can inspire a thought or two. When you pick a rose and your finger is pricked by a thorn, how do you feel? For pain and pleasure are often associated together.


Alphonse Karr (1808 – 1890) French journalist, novelist, and sometimes horticulturalist observed that some are born to grumble in life and complain that roses have thorns..


As editor of the daily Parisian newspaper, Le Figaro, Karr was known as a bit of a wit, famously saying, "plus ça change, plus c'est la même chose" which has come down to us as, "The more things change, the more they stay the same."

Let Shakespeare's Juliet would answer those who are hung up on the finer point of things,


Juliet:
"What's in a name? That which we call a rose
By any other name would smell as sweet."

That is, unless it's fake.
Optimist or pessimist, I guess it depends on how we see things, or how that cup of coffee tastes.
Posted by you are what you read at 6:41 AM No comments:

How about them curves? One is driving down the highway and comes to a curve. The excitement and the beauty is not knowing what lies beyond the curve. Is it danger or a beautiful turn in the road that leads on to a green valley? 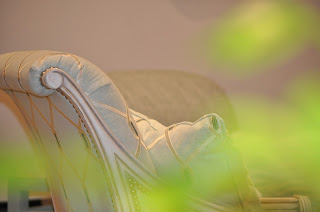 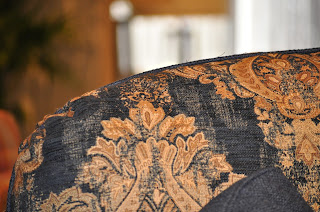 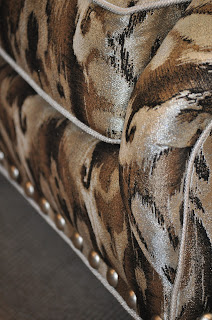 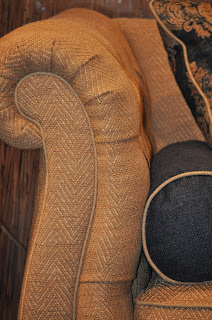 Or what about angles? Angles are about change. One is proceeding one way when all of the sudden something new comes about. The change may be sharp and jarring or refreshing. 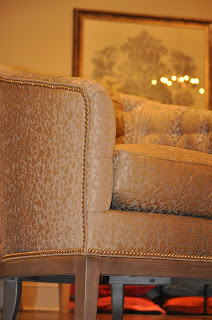 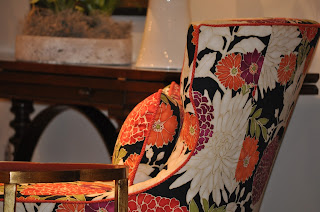 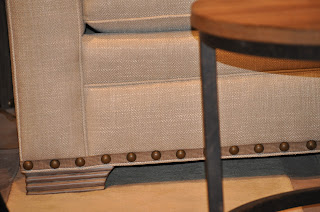 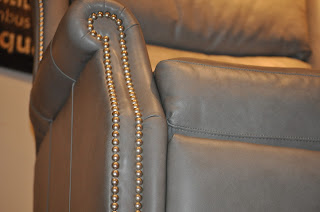 So, what are you?

A curve in the road or a new direction.
Posted by you are what you read at 9:31 AM No comments:


Our harvest being gotten in, our governour sent foure men on fowling, that so we might after a speciall manner rejoyce together, after we had gathered the fruits of our labours; they foure in one day killed as much fowle, as with a little helpe beside, served the Company almost a weeke, at which time amongst other Recreations, we exercised our Armes, many of the Indians coming amongst us, and amongst the rest their greatest king Massasoyt, with some ninetie men, whom for three dayes we entertained and feasted, and they went out and killed five Deere, which they brought to the Plantation and bestowed on our Governour, and upon the Captaine and others.

And although it be not always so plentifull, as it was at this time with us, yet by the goodness of God, we are so farre from want, that we often wish you partakers of our plentie.

Posted by you are what you read at 9:36 AM No comments:

Sherrill Furniture - it is in the details

Sofas come in so many styles – comfy, modern, rolled arms, block arms, Chesterfield, why there are even love seats and sectionals, chaises and sleepers. Something for everyone and every need you have. For fresh new ideas, selection, and quality, Traditions Home and Sherrill Furniture can’t be beat.

When a sofa is made this well, you almost hate to sit in it.

But since we must, we invite you our showroom to take a good look at the quality that's built into every chair and sofa by Sherrill Furniture. Sherrill is still located in the Hickory, North Carolina, employing a workforce of skilled technicians who combine time honored manufacturing techniques, and the highest quality materials, to hand build each piece of furniture for your home. 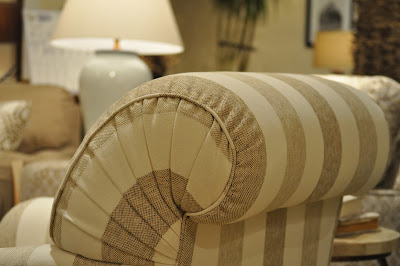 What you don’t see, the interior craftsmanship... 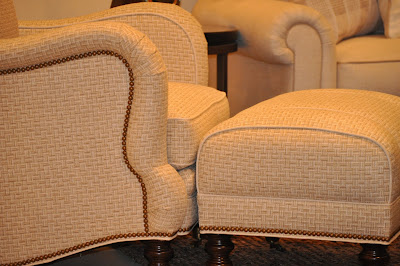 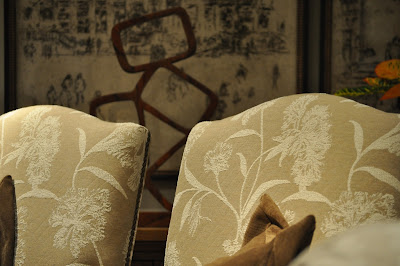 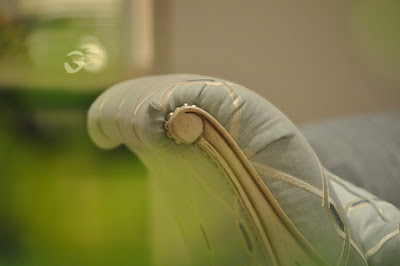 An 8-way hand tied system, a little extra work but work worth the feel and comfort.

It's the little details that makes every piece of Sherrill Furniture special. Once you sit on Sherrill you will agree,  little things make great things happen.
Posted by you are what you read at 7:49 AM No comments:

Don't Make Me Over

Here is the story of how Dionne Warwick came to be a star.

It was 1962. Hoping to make her debut as a recording artist, Dionne Warwick performed the song Make It Easy on Yourself for the song writing team Burt Bacharach and Hal David.

They chose the "Ice Man" Jerry Butler for his cool demeanor over the fresh and untested voice of Dionne Warwick. When she heard the decision she shouted back at them, “Don’t make me over man, accept me for what I am.”

Stunned by her passionate outburst, Bacharach and David looked at each other and realized they had a new song and a new star.

Don't make me over
Now that you know how I adore you...
Just love me with all my fault
The way that I love you..
Accept me for what I am
Accept me for the things that I do.


When the song was released as a single in October of 1962, the record misspelled Dionne's last name Warrick as "Warwick" and so, with a little make-over, a star was born.

Good design is a little bit like Dionne Warwick’s voice, sublime but mesmerizing.

A touch of red, a bit of brilliance that shines like a star. A soft comfortable setting where you can be who you want to be. Accepted for who you are.

Don’t you love the way you are?

Meditation and Relaxation - the Stressless way

With all the different schools of thought and techniques on meditation, getting started can be overwhelming. Here’s how we start.


Find a place of peace and tranquility. It doesn’t have to be real or near.

Choose a place in your mind. Perhaps your choice is the French Cloister in the Versailles Gardens on Paradise Island in the Bahamas. It is a short walk down the sandy beach away from madding crowds at Atlantis Resort.

Now relax in the luxurious comfort of a Stressless recliner.

Recline your back and stretch your arms, let the patented Glide System adjust to your body’s movement. Place your hands on the armrests. Take a deep breath and focus on your breathing. Breathe in through your nose and feel your chest expand. Now breathe out through your mouth and feel your stomach extend. Repeat several times.

As you contemplate the stillness of your soul, observe the colors of the universe. The sky is a brilliant blue against which the crisp white and subtle greys of the clouds pass by, occasionally shading the yellow sun. The green in the grass, the soft reds and blues of the flowers. Now smell the salt in the air rising from the murmuring waves on the sandy beach. Even the verdant grass in your secret garden has its smell – rich and verdant, the smell of the earth after a morning shower. The flowers possess their own peculiar scent, a perfume that wafts on the air and enters your nose.

Continue to gently breathe in. Even the tiny flutter of an insect’s wings can be heard as it approaches the flower.

Be at peace in a Stressless recliner.


Try a little kindness. It cost nothing and is worth everything. Laugh a little at life, look around you and seek happiness instead of sadness. For laughter brings a smile and brightens the day. And a kiss goodnight makes the sleep sweeter.

Posted by you are what you read at 7:08 AM No comments:

Time for a Change

After 8 years, it is time for a change. Traditions is remodeling its interior design showroom. Everything is on sale. We are closed Wednesday and the Remodel Sale starts Thursday, July 9th, 2015 at 10 a.m..

Come as you are, but come early for the best buys.


There is a way to live a joy-filled and peaceful life, and the key is living not on the expectations of strangers, but on the simple joys of home, family, and friends.

Posted by you are what you read at 8:26 AM No comments: