Forgive me for straying, leaving the store, and getting out and seeing the world, but, now and then, one needs to get away. The getaway for the Traditions gang, Robin, Diane, and myself was a trip to Salt Lake City to watch the Wichita State University Shocker Basketball team play in the opening round of the NCAA Basketball Tournament. The Shockers beat first, Pittsburg, then number one ranked Gonzaga, and so they are on to the round of Sweet Sixteen in Los Angeles. The victories in Salt Lake were a big boost to Wichita, the team, and coach Gregg Marshall.

"How about them Shox!"

It is always fun to get away, more so, when it is a trip to somewhere one has never been to. Everything one sees is new and different. Salt Lake is situated in the Great Basin, surrounded on all sides by the towering Wasatch Mountains. On a clear day, the snow covered mountains shine in their spectacular beauty.

The weather for this time of year was a bit out of the ordinary. Even though Punxsutawney Phil promised us an early spring, it is snowing. There snowflakes float down like soft feathers on the city streets and those brave enough to be out in the cold. The local weatherman describes the resulting snowfall as lake-effect snow, a term familiar to those from Chicago, but not so familiar to Wichita. Lake-effect snow is produced when cooler winds cross warmer waters such as the Great Salt Lake, picking up water vapor and then shedding it as snow. Judging by the large number of umbrellas, the warm winter coats, and the long skirts and dresses on the women, the citizens of Salt Lake are used to this condition. 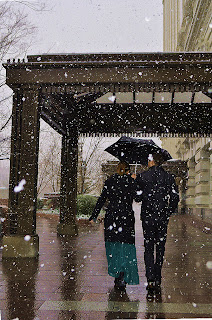 The city itself is surprisingly new and modern. There is plenty of downtown shopping, including a new indoor mall called City Creek Center. Then, there are dozens of great restaurants to choose from to eat at. Our breakfast favorite was Lamb's Grill. For an afternoon coffee and snack there is the nearby Eva's Bakery, a French style boulangerie.


Free public transportation and wi-fi at the mall makes getting around Salt Lake or staying connected with friends easy. And, the Shockers played at the downtown EnergySolutions arena, a short 10 minute walk from the Hotel Monaco, where we stayed, or a hop on the clean and efficient city streetcars. When not rooting for our favorite basketball team, we found much to do in and around Salt Lake. There is the nearby Sugar Loaf neighborhood, and to ski one drives 15 minutes to the Park City Ski Resort. 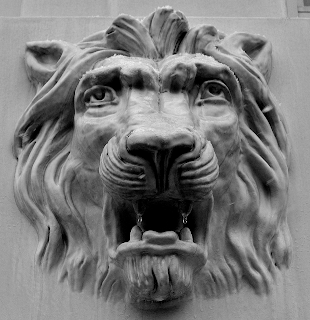 One could go on and on, but shouldn't we get back to planning the next trip and rooting for the Shockers in LA?